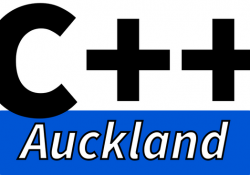 This month we have two mini-talks previewing content to be presented at Pacific++ next month and a continuation of lightning talks left over from last month if time permits.

## “Backporting to the Future” – Andrew Paxie

Andrew will give a very draft version of the presentation he plans to give at Pacific++ next month. You will hear why he added C++11 support to Trompeloeil, a mocking framework that is top-to-bottom a C++14 library. After a brief introduction of its top-level features, Andrew will highlight the techniques he used to provide equivalent functionality in C++11. Compromises, limitations, and open issues will be discussed.

Toby will also give an early version of part of his Pacific++ talk. He will talk about composition in software in general and C++ in particular

Meetings are held approximately monthly and run under the Berlin Code of Conduct (http://berlincodeofconduct.org/). 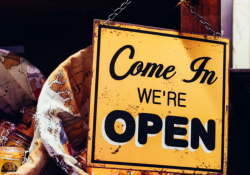 Are you:
• Confused about what ‘open’ means
• Ready to open your data but need to know more about copyright
• Wanting to use someone else’s data?

If you’ve answered ‘yes’ to any of these questions, sign up for our entertaining and educational Meetup where Tohatoha Aotearoa Commons CE Mandy Henk will break it all down for you.

Mandy will take you through the ins and outs of the Creative Commons licenses – what they do, how they work, and how you can use them to move your business forward.

She’ll talk you through the six Creative Commons licences, explain why you might want to openly license your data, and how to find and use openly licensed material.

There’ll also be networking over light snacks and drinks.

Open Data in NZ Meetups are for sharing the passion and success around the release of open data with like-minded people. These Meetups will consist of sharing innovative ideas and information, success stories and an open forum to discuss hot topics happening within your region and the wider global community.

“Doctrine: from skeptic to convert” by Eric Jacolin

Michael Coleman’s 5min paddle will be about “zsnips – text snippets for your command line”.

Please note that we have moved our meetups to BizDojo Market Lane and this meetup is on the last Monday (not Tuesday) of the month!

The Wellington PHP UserGroup provides a safe community and opportunity to meet smart, fun, and diverse people on the last Tuesday of every month. Attendance is free, caters to all skill levels and is open to anyone with an interest in web development and emergent and Open Source technologies. Whilst PHP is an extremely popular scripting language we regularly invite guest speakers from front end communities, accessibility and legal experts, as well as alternative and complementary .

Christophe de Boeck (Kiwibank) and Dr Cherry Vu & Rob England (Teal Unicorn) are speaking at the upcoming DevOps Enterprise Summit 2018 in Las Vegas!! and they kindly accepted to present their talks in Wellington prior to travel to US!

Please join us next Wednesday 26th!

Talk: Diary of a Servant Leader
Speaker: Christophe de Boeck, Kiwibank
Abstract: When I moved from Ops to Dev in the bank, I expected more of my peers would be open to a different way of working. Unfortunately I noticed a lot of people did not want to own their own work, for various reasons. This presentation is a summary of what I did to make people feel more proud again.

Talk: Crossing the Streams: 2018 is the Year of ITSM/DevOps Crossover
Speakers: Rob England and Cherry Vu, Teal Unicorn
Abstract: The presenters look at what holds ITIL back from more successful transformation of IT work, and how we can help it succeed, as DevOps and ITSM finally converge on each other in the common ground of service operations.

Special thanks to our new sponsor “Deloitte” (https://www2.deloitte.com/nz/en.html) for venue, food and drinks!!! 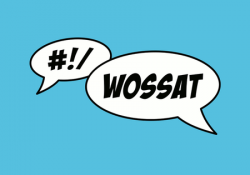 Ellie is a graduate developer at Xero currently working on Reporting. She enjoys romanticising maths and computer science, playing with her newly adopted Cat called Evie and going out to live music gigs.

Pattern Libraries are a componentised approach to front-end development; like lego blocks that you compose together to build websites and webapps. Matthew will talk about addressing inefficiences in the way we work, and using pattern libraries to make development go Blazingly Fast™.

Matthew is Front-end Director with Springload.

A tight deadline focuses the mind. Hamish will be talking about his experience taking part in a 48hr game jam. In particular he’ll be focussing on how he implemented collision detection in his game (spoiler alert: corners were cut) and he’ll follow up with a live demo of the game.

Monthly meetings alternate between the 3rd Tuesday and the 3rd Thursday of each month. 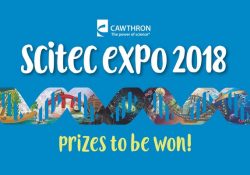 The Cawthron Science and Technology Fair

Come and view our youngest innovators’ science and technology projects. This year sees students in years 9 – 13 seeking to impress the judges and you will be amazed at the local talent!

All entries will be on public display from 9am until 5pm on 26th September at the Trafalgar Centre. NO NEED TO REGISTER – entry is free and there is no limit on numbers. 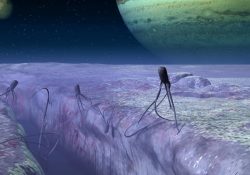 Looking for Life in the Solar System

Emily will tour the solar system to inform the audience about the variety of different science missions actively exploring our solar system right now, with emphasis on the scientific motivations for their exploration (our origins and the search for life), with lots and lots of pretty pictures. She will share some of the the recent scientific discoveries made. The talk will include some of the latest images from the current missions.

Emily Lakdawalla is an internationally admired science communicator and educator, passionate about advancing public understanding of space and sharing the wonder of scientific discovery. Emily came to The Planetary Society in 2001 to oversee a portion of the Society’s Red Rover Goes to Mars project, an education and public outreach program on the Mars Exploration Rover mission funded by LEGO.

She ran worldwide contests that selected and trained high school students to travel to Pasadena to participate in rover operations training exercises in 2002 and then in actual Mars Exploration Rover mission operations during January and February of 2005.

She received an honorary doctorate from The Open University in 2017 in recognition of her contributions in communicating space science to the public.

This is a free public lecture on behalf of Astronz, in association with the Canterbury Astronomical Society and the University of Canterbury. 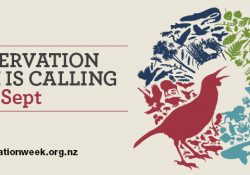 Conservation Week is run by DOC each year to encourage people to get involved in nature and help to take care of it.

Each year DOC works with community groups across Aotearoa to spread the conservation message. It’s a nationwide celebration of kiwis pitching in to help our native plants and animals. We invite you to join us by:

Events listed by DOC or Eventfinda. 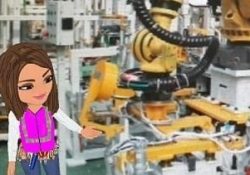 We’re thrilled to be having our first meetup on Tuesday 25th September 2018 at 6pm.

We’ll start with wine, nibbles and networking from 6:00pm and then begin our panel discussions at 7:00pm, with the evening wrapping up by 8:30pm so you can be home for a late dinner. Please feel free to bring along any friends or colleagues who you think would enjoy the evening.

Please do let us know if you’re able to attend so we can organise catering.

We look forward to seeing you there.

The Auckland Women’s Engineering Meetup is a group where women in Engineering (and those who wish to explore the industry) can connect and share experiences.

Come and join us as we share our stories; how we got into Engineering, our journeys as professional Engineers, challenges that we’ve faced and overcome and celebration of our successes!

We want to learn about current goings on within the industry, new initiatives and opportunities to help develop not only the skills of Women Engineers in Auckland but to help raise the profile of Engineering as a career for new Women Engineers of all ages. 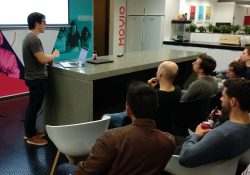 GO AKL is a Auckland based meetup group for anyone interested in Go programming language. We will try to organise regular meetups with talks by members and guests. Depending on interest we can also consider organising Go hacking sessions.

This month we will be having one speaker followed by a ‘fishbowl conversation’.

Dmitry will be speaking to us about ‘running things in Go’ – lessons and advice for running Go apps in production.

Then we will have a fishbowl conversation on [at least one of] the following topics:
* Go modules and dependency management
* Go2 and Generics

Fishbowls are a fun format to conduct a group conversation, and you’re welcome to participate or spectate as you feel. Both these topics are hotly debated in the Go world, and this feels like an interesting time to discuss each one. We’ll vote on a topic and see how far it takes us – we don’t necessarily have to cover both.

This will be our first meetup with this kind of format – naturally we’ll keep things friendly and inclusive, and agree on some ground rules to ensure that everyone feels comfortable.

In the meantime feel free to connect via the Gophers slack community, on the #auckland channel (sign up via https://invite.slack.golangbridge.org/ ).