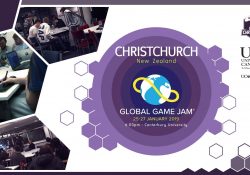 The Global Game Jam® (GGJ) is the world’s largest game jam event (game creation) taking place around the world at physical locations. Think of it as a hackathon focused on game development. It is the growth of an idea that in today’s heavily connected world, we could come together, be creative, share experiences and express ourselves in a multitude of ways using video games – it is very universal. The weekend stirs a global creative buzz in games, while at the same time exploring the process of development, be it programming, iterative design, narrative exploration or artistic expression. It is all condensed into a 48 hour development cycle. The GGJ encourages people with all kinds of backgrounds to participate and contribute to this global spread of game development and creativity.

The structure of a jam is usually that everyone gathers on Friday late afternoon, watches a short video keynote with advice from leading game developers, and then a secret theme is announced. All sites worldwide are then challenged to make games based on that same theme, with games to be completed by Sunday afternoon. In January 2018, we had 803 locations in 108 countries create 8,606 games in one weekend! GGJ 2019 is January 25-27 at a location near you… if not you can make one of your own. The jam is known for helping foster new friendships, increase confidence and opportunities within the community. The jam is always an intellectual challenge. People are invited to explore new technology tools, trying on new roles in development and testing their skills to do something that requires them to design, develop create, test and make a new game in the time span of 48 hours.

The GGJ stimulates collaboration and is not a competition.

Check out some of the games submitted around the world from 2018.

More details and faq found at the meetup event and event’s webpage.

Doors will Open at 5:30pm on Friday the 25th, the theme will be announced nationwide at about 6pm and ‘Pencils down’ is at 5pm on Sunday the 27th!

Free but you have to register here. 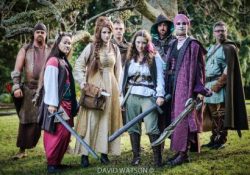 Tesla’s Wedding is a a three hour steampunk LARP for 20-30 players by Stephanie and Catherine Pegg, designed in a spirit of celebration and to evoke a feeling of joy. It is rules-light, has a range of characters from the intense to simple and light-hearted, and is suitable for introducing new players to larping, while giving ‘old hands’ room to plot, scheme, and chew the scenery

In the late 19th century Mad Science and Wonders of Nature abound in Europe. There are two powerful families, the de l’Eclaires in Paris, and the Drakenwyrms of Middle Europe, who have feuded for generations. It was inevitable, really, that a de l’Eclaire and a Drakenwyrm would fall in love and trouble, just as inevitably, ensued. This is not that story.

This is the story of how Tesla von und zu Drakenwyrm and Pierre de l’Eclaire, having Conquered the forces Arrayed against them and Founded a little town of their own in the Black Forest, are about to get married good and proper. They have invited friends from their adventures and old enemies, the terrible trials of family, and the myriad peculiar townsfolk nearby. There are even a few travellers staying for the night. Absolutely nothing can go wrong… 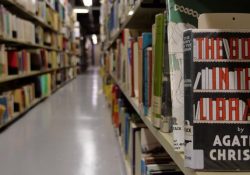 Here is a rare opportunity to explore the enormous stack collection, located in our vast, multi-level basement facility at Central City Library.

Discover strange curiosities, browse for your favourite authors or simply marvel at the wealth of material acquired over more than a century of collecting. This is a chance to see and borrow some of the incredible books that aren’t on display on our public floors, and to experience the mysterious and magical qualities of the Central City Library basement.

There are limited spaces available for each session and RSP is essential. Don’t miss out! 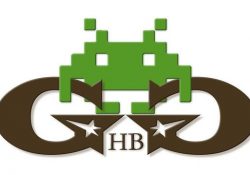 The Hawkes Bay Geeks Guild is a community for likeminded geeks, nerds, otakus and gamers to meet and hang out (online and in the real world).

If you like board games, card games, video games, role play, superhero movies, comic books, anime, sci-fi, fantasy or anything geeky, this is the guild for you!

Our most common meet up is a weekly board game night at Dave’s Place. People usually start turning up about 6:30, and we play some smaller games while people arrive (Coup, Love Letter, No Thanks). After that, there are a few tables set up in a couple of rooms and we split up to play longer games, which people may have brought along. We usually end up in a big group at the end of the night and play a group game (2 Rooms and a Boom, One Night Ultimate Werewolf, or Resistance).

A number of OpenBSD developers will be visiting Victoria University in
January. As part of that, they will be giving an informal talk on what they
have been working on recently, open to the public.

A number of the OpenSSH and LibreSSL devs will be there, including Theo de
Raadt, Bob Beck and Damien Miller, as well as one of the devs who
spear-headed the OpenBSD response to Meltdown, among others.

Please contact Richard Procter ( richard.n.procter at gmail.com ) if you have any questions 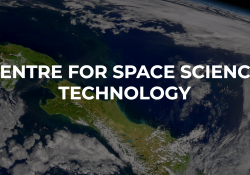 A talk by Duncan Steel

In this talk I will outline the activities of CSST, which was founded last year in Alexandra as one of the government’s Regional Research Institutes. Fundamentally the role of CSST is to provide expertise in the utilisation of satellite-derived imagery for the good of New Zealand: to plug the gap that exists between the torrent of Earth observation data streaming down from orbit and the potential end-users who are largely unaware of what ‘space can do for them’. Applications include the identification of illegal fishing by vessels in the Antarctic Ocean, the early detection of cyanobacteria blooms in NZ’s thousands of lakes, the mapping of how the country is changing shape under seismic and volcanic shifts, right through to the monitoring of the growth and health of crops ranging from grass to grapes.

Over the past thirty years Duncan has worked on space projects in the US, UK, Australia, Sweden, Canada and NZ. His research has focussed largely on asteroids, comets and meteors, but he has also been involved in planning missions to Mars and the search for life elsewhere. Additionally he is an expert on the history and astronomical basis of calendars.

Duncan is the author of four books, over 140 research papers, and more than a thousand articles in newspapers and magazines published around the globe. He has appeared in dozens of TV documentaries, and hundreds of radio interviews.

Asteroid 4713 Steel is named for him, as is a lunar-roving robot in one of Arthur C. Clarke’s science-fiction novels.

This is for anyone interested in creating a space ecosystem, industry and community in New Zealand in light of a new resurgence of interest in space technologies, capabilities and exploration. The intent is to find like-minded enthusiasts (no space background required!) and professionals interested in making this happen in New Zealand through informal gatherings to share ideas, network and potentially collaborate in space projects. 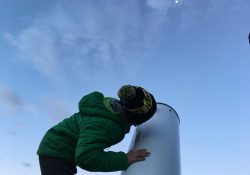 Who says you can’t star gaze during the day?

The Sun is the star at the centre of our solar system; but, because of the harm it can do to your eyes, you should never look directly at the Sun without the proper solar gear. The Wellington Astronomical Society will set up special solar telescopes for you to view the Sun safely. Come and see if you can find sunspots and solar flares!

This event is part of the International Astronomical Union’s 100 Hours of Astronomy. 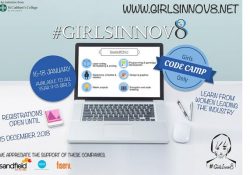 The vision of our #GirlsInnov8 camp is to empower young women between Y9 and Y13 and inspire them to choose IT as their career in the future.

The demand and popular response for a 2019 camp was driven by the success of the #GI8 camps we coordinated in January 2017 and 2016. It offers a variety of experiences to the girls throughout the year which focus on Technology and the maker movement and strive to spark their interests, encourage their passions and ignite their curiosity.

Girls can be Residential campers, experiencing the full set of planned activities and learning opportunities while living on campus. Alternatively a Day camper only option is available and girls will conclude their activities at the end of the workshops each day.

“The Nog” is our annual conference which provides both an opportunity to exchange technical information, and a high-value opportunity for NZ’s networking staff to ‘network’ amongst themselves. This is New Zealand’s primary technical networking conference. The event is unique in New Zealand and attracts technical, skilled individuals with a genuine interest in Internet operations and Internetworking technologies.

The conference is low priced and has a strong technical focus with the aim and history of getting a strong turnout of technical personnel from New Zealand Internet orientated companies.

KapCon is a not-for-profit role-playing game convention run annually in Wellington, New Zealand, every January. Over a hundred people get together for a weekend of role-playing, in a diverse range of styles and systems. Over the weekend, more than 30 individual games are run, with volunteer GMs (or storytellers, narrators or facilitators) running games between one and six times over the course of the convention.

There are seven rounds of gaming – each lasting 3 hours. Most games have pre-generated characters for the players to use, and some even have props, soundtracks, links to other games, or live action elements (where players act out the less dangerous parts of the story). Between rounds there’s time to chat, meet or catch up with people, and get some much needed snack food. There’s usually some snack food available on-site, and there’s always the dairy and fish-and-chip shop nearby.

If you have a favourite game that you want to play in, you can let us know in advance and we’ll try to find someone to run it – if you love Paranoia, Call of Cthulhu, D&D, PbtA, or any other system, send us an email and we’ll see what we can do. Also for the last few years some wonderful people have offered the Games On Demand stream, where players come in, vote for the games they want to play form a selection available, and one of the team runs the game for them. This is a great way to try out some of those games you may have heard of, but never been able to get your group to play.

After the third round on the Saturday, there’s a LARP. A LARP is a Live Action Role-Playing game – one where you wear a costume, and stay in character at all times. The style of LARPs we have at Kapcon tend not to use foam weapons or complicated mechanics – it’s all about being in character, finding out what’s going on, achieving your goals and having fun. In recent years the Saturday night LARP has grown from 50 to 85 players. There is a dedicated team of writers who volunteer each year to put together the LARP, and it is due to their tireless work that it’s so much fun!

Saturday 19th and Sunday 20th of January 2019
Note: Monday 21st is a statutory holiday for Wellington workers and can be used for recovery

$5 discount for Full Player, First Time Attend, Facilitator or Single Day Attendance if paid prior to 14/01/2019

Information about Kapcon 28 and registration