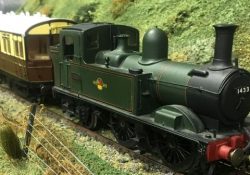 An ideal day out for all adults and children. Come along and have a look 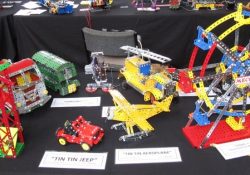 Meccano is a model construction system created in 1898. The system consists of reusable metal strips, plates, angle girders, wheels, axles and gears, and plastic parts that are connected together using nuts and bolts. It enables the building of working models and mechanical devices.

The New Zealand Federation of Meccano Modellers is a communication network to establish a magazine and to hold national meetings from time to time to enable modellers to show off their skills to fellow modellers and to be able to display to the public what MECCANO was / is all about.

The biennial convention/exhibition of the NZFMM is held over the Easter weekend at different locations around New Zealand in odd numbered years, and is generally hosted by one of the major New Zealand Meccano clubs on behalf of the NZFMM

Registrations for exhibitors close 15 March 2019. The Convention Displays will probably be open to the public, dates and hours to be advised. 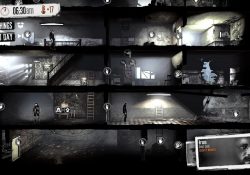 An interactive exhibition by the Goethe-Institut, in cooperation with ZKM | Center for Art and Media

Games and Politics has been touring worldwide and features 18 significant politically-ambitious video games, it encourages viewers to examine how they each unfold their unique political potential.

The exhibition offers numerous materials which allow the visitor to explore the connections between computer games and politics. Visitors are encouraged to get first-hand experience and are welcome to play themselves – to slip into the different roles and try their luck in the virtual worlds unfolding in the games.

A game is always more than just a game. Without considering the influence of the society that plays it, it remains just as impossible to understand as without considering its influence on that society. And yet, chants of euphoric praise for the immersive potential of pedagogical propaganda are as inadequate vis-à-vis the diversity of contemporary computer games as are undifferentiated media debates about ego-shooter games that glorify violence and ought to vanish from the bedrooms of young people. Because they aren’t vanishing. The apparent riffraff among the newer media have long since turned into formidable giants, about to create, in their numerous guises, a new leading medium.

This development has come to include the political sphere as well and games are increasingly used as propaganda for various political factions and often express a certain political stance. In contrast to representational media such as painting and photography, computer games conceive of themselves not merely as a (re-) presentation of social conditions and conflicts, but attempt to simulate the processes and rules that give rise to these conflicts.

All of the games in this exhibition share this political approach, which is intended by the games’ designers to set them clearly apart from both the conventional market as well as from computer games as an entertainment medium. They explore a wide range of topics.

Aside from the contingencies of political decision-making (Democracy 3), they grapple with problematic aspects of gender (Perfect Woman), of the surveillance state (TouchTone and Orwell), of drone warfare (Killbox), the treatment of refugees (Escape from Woomera), uprisings against totalitarian political regimes (Yellow Umbrella), the power of the media (The Westport Independent) or historical and current political events (The Cat and the Coup and Madrid).