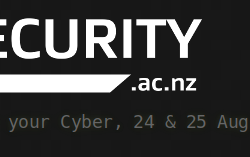 You are invited to join us at security.ac.nz this August for a mid-trimester break weekend to learn all about security and hacking.

You! Anyone who is learning about software, and wants to learn about how to make software secure… with a dose of “how to hack” thrown in.

To clarify: The two days will aim to suit students with a 100-level knowledge of software development. However, you’re still welcome if you’re not a University student… anyone interested in security should come!

Two days of training in the art of securing the web… covering topics like:

Spaces are limited, and people are notorious for registering and not attending free events. In the week before the event you’ll have to confirm your registration to keep your place. 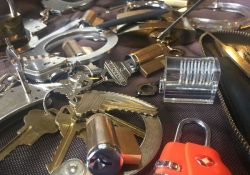 Interested in learning lock picking for fun? That’s what we do!

Have you ever been interested in how locks work? Been involved in locksmithing? Do you want to learn a cool hobby that will impress your friends? If you answered yes to any of the above, then locksport is for you!

Whether a beginner, novice or experienced professional, you have a place in LockSport Auckland. We area a social group dedicated to the hobby of locks, 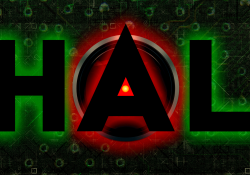 Hack And Learn is an InfoSec Meetup group with an emphasis on practical learning for IT Security Professionals and Enthusiasts.

Each meetup will host a series of vulnerable computers/applications in a secure network. Attendees are invited to bring their laptops and participate in a Capture The Flag style walkthrough. Observers are welcome too. Hacks will be demonstrated and discussed within the group. 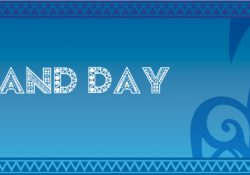 As part of the tenth OWASP New Zealand Day event, we are offering three training classes on Thursday, 21 February 2019. Attendees have a choice of three training events:

The Main OWASP Conference is the following day (Friday the 22end)

Registration closes 14 February, and no refunds will be given after that date.

The University of Auckland School of Business
12 Grafton Rd
Auckland

Refunds up to 7 days before event

We are proud to announce the tenth OWASP New Zealand Day conference, to be held at the University of Auckland School of Business on Friday February 22, 2019.

There will be two streams throughout the day. The first stream will include introductory talks on application and information security topics, as well as on policy, compliance, and risk management. The second stream will primarily address deeper technical topics.

Who is it for?

The University of Auckland School of Business
12 Grafton Rd
Auckland

A number of OpenBSD developers will be visiting Victoria University in
January. As part of that, they will be giving an informal talk on what they
have been working on recently, open to the public.

A number of the OpenSSH and LibreSSL devs will be there, including Theo de
Raadt, Bob Beck and Damien Miller, as well as one of the devs who
spear-headed the OpenBSD response to Meltdown, among others.

Please contact Richard Procter ( richard.n.procter at gmail.com ) if you have any questions

CHCon is a conference for security professionals and hackers in Christchurch, New Zealand. It is for anyone interested in software, hardware, and physical security in tech.

For the Main event

Tickets for Training sold separately, prices to be confirmed. 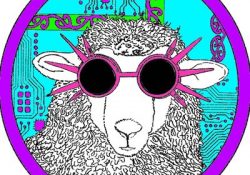 Kiwicon is the one of the myriad technical computer security conferences in the Australia-Pacific region, but remains triumphant as the one that most resembles a variety show. Organised by a masochistic cabal of the security community, Kiwicon attempts to bring together the commercial infosec industry, academics, students, and hobbyist hackers to discover the new, the interesting, and technologically crackin’.

First run in 2007, by now Kiwicon has gained reputation, size, and an extra cleaning run for the toilets. Attendance in 2016 was around 2100 people (although we do not claim all of them are paying attention) plus 30 or so speakers, staff and crue.

Kiwicon is a hacker conference, which, if you were wondering, means we talk about the intricacies of breaking into, breaking out of, or breaking around technological systems.  It might have had a “warranty void if removed” sticker, but that’s now a scrunched up ball, and we are reverse engineering the firmware.

If you’ve been to a hacker con elsewhere, then you’ll know what Kiwicon is about – any of the other grass roots community cons are what Kiwicon pays homage to, but we try to add a little special (strange) kiwi flavour to it.

If you’re new to hacker conferences, well, we think you’re in for a treat. Kiwicon is probably not like any other tech conference you’ve been to – there’s no dry, boring talks (we hope), no vendor booths, no bags of crappy pens and tripe you don’t want. Instead you’ll get people who are engaged with tech because they are pathologically curious; people who like poking things till they break just because its there and then figuring out how to fix them. You’ll probably also get one of the more hostile network environments you’re likely to connect to (perhaps, second to the Ministry of Health, circa 2009), so, unless you’re particularly confident at securing your laptop, phone, RFID proxcard, passport, pager, or iPad, you’d be best to just leave them at home. Or take the battery out (and watch out for HERF guns.)

Yes, some hackers break the law. Lots of hackers don’t – we’re not Legion; the Kiwicon community includes people from corporate and government backgrounds, through purestrain infosec industry, and the wider tech sector, students, academics and onwards into space cadets, conspiracy theorists, freaks, and goths. So pretty much like life, then, but with much more people wearing black. Keep an open mind, and, in the words of Frankie, relax.

Costs of training to be advised but some free places.